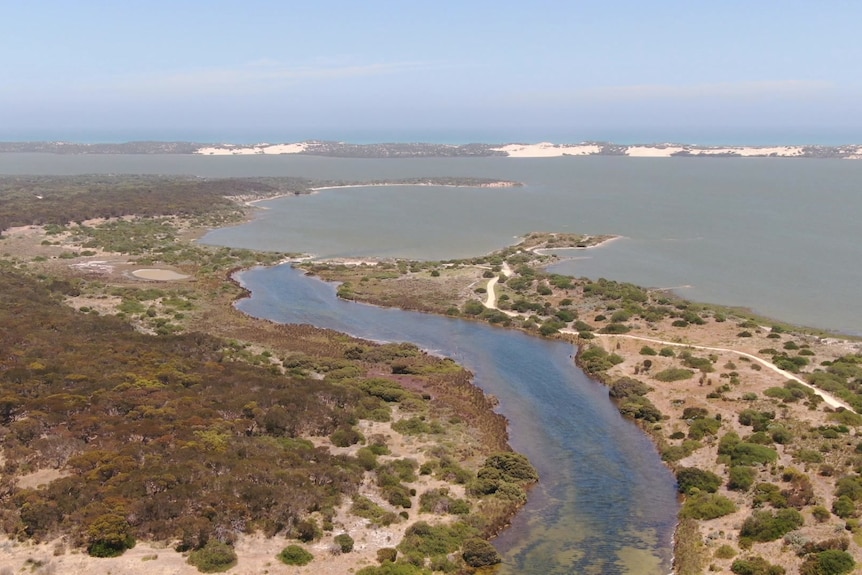 Migratory birds from all over the world flock to the internationally important Coorong in South Australia made famous by the movie Storm Boy.

But scientists say the flooding of the Murray River has been “catastrophic” for bird species in the area, prompting urgent calls for better management and intervention of the river system.

Flooding has inundated the nesting sites of the area’s rarest and most vulnerable bird species, while algal blooms also limit the food source for migratory shorebirds that flock to the area near the Moray’s mouth to feed during the summer.

David Paton, an ecologist at the University of Adelaide, said the impact of the flooding could have been prevented.

“We’re probably sitting at a third of the numbers we counted last year, and that’s probably closer to a tenth of what it should be,” Dr. Patton told ABC News.

“This is a direct result of the rising water level.

Very few birds that use Coorong don’t hold back and this adds another small nail in their coffin.

“There is not enough flow flowing in all the intervening years before these big floods that it protects them a little bit from the excessive flooding that is happening this year.”

Floods from the Murray River inundated more than 3,000 homes and properties in South Australia.

They also raise water levels in Coorong’s RAMSAR-protected wetlands and lakes, increasing nutrients in the water and reducing salinity.

“This is very disastrous if you are a migratory shorebird because you don’t have mud flats to feed in.

“The birds are now limited to the fact that they have to feast on the tops of this green filamentous algae which looks rather disgusting.”

Dr. Patton said there was no tracking of the birds to understand which ones had flocked to the now-flooded inland waterways, and which had just disappeared.

“We’ve never had egrets – and we counted the lakes south and north of the Korong,” said Dr Paton.

“We don’t actually know where the birds are right now if they’re not in Koreng.

“Species are slowly but surely slipping out of the system.”

Tern for the worse

The fairy tern is one of several species of birds that depend on the Coorong.

The numbers in South Corong Lake are believed to have decreased from 1,500 in the 1990s to about 300 today.

The usual nesting sites are underwater and ecologists managed to find only one nest this year in the southern lake, with the eggs at risk of flooding.

Ecologist Fiona Patton — David’s daughter — said she didn’t believe that many, if any, fairy tern chicks would hatch this season.

A change in the direction of the winds, storms, or an increase in the water level will be enough to drown them [eggs]She said.

“At the same time, any drop in water levels is also a risk because it will reconnect with the mainland and then the foxes will be able to get out and get ahead of the eggs or chicks at that point.”

But like any natural event, there are winners and losers.

Pelicans and pelicans are expected to thrive as water levels rise.

Dr. Coleman has been observing the aquatic life of nearby Salt Creek, which flows into South Lake.

“What we really hope is that with fresh water in the South Lake, we will be able to get some plants and reproductive material from these plants that flow into the South Lake and colonize there,” she said. hv news.

Government scientists have condemned the southern lake for being in the worst condition ever.

The best description varies from a chocolate milkshake to a lemonade — the bottom of it is completely empty.

So this is a once-in-a-lifetime opportunity to see if [the south lagoon] responds and whether or not it recovers, and from a purely estuarine ecological point of view, it’s a huge experiment.”

Decades ago, she said, the South Lake had 13 or 14 species of submerged plants that covered the entire area like a “giant green winding carpet.”

But Dr. Coleman said it is likely that an intervention involving a team of specialized and diverse scientists will be required to restore the health of the lake.

“If we just rely on this flood to recover it, we will miss an opportunity,” she said.

“the [stonewort] The species as a whole is quite vulnerable to extinction due to nutrient fertilization.

“We had the largest population here until the 1970s or 1980s…and to be able to get that back would be really nice.”