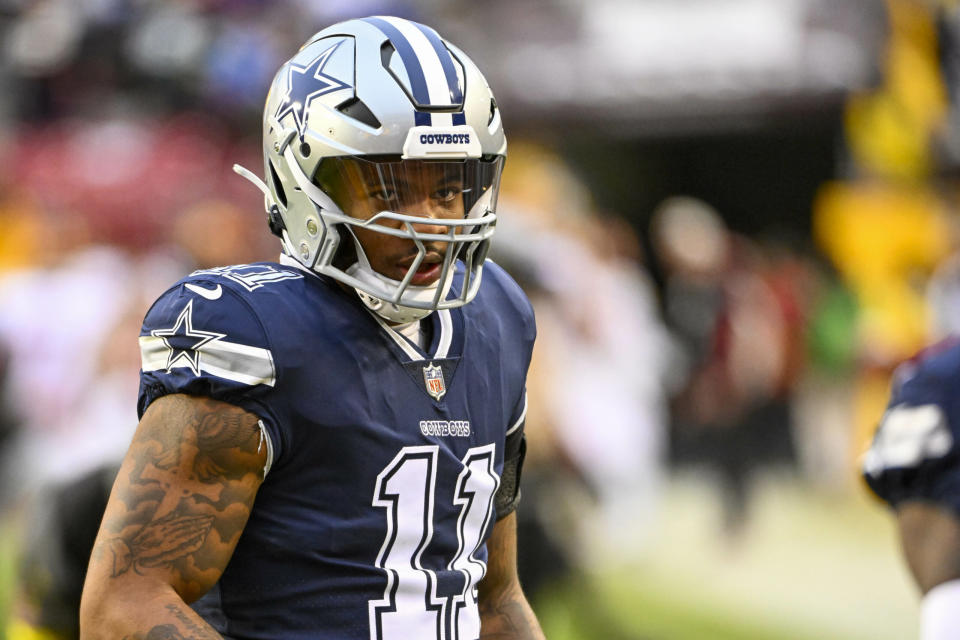 Those were the words of Micah Parsons when he was reviewing Sunday’s playoff meeting with the 49ers for reporters at The Star in Frisco on Thursday.

And as the Cowboys prepare to enter the first-round stage since 2018, the buzz around much of the NFL is that they don’t belong in the same spotlight as their red-and-gold opponents who are on an 11-game winning streak.

After all, the Niners averaged 365.6 yards per game during the regular season and 26.5 points per outing.

But Parsons says he doesn’t mind the naysayers. In fact, he is enjoying their casual separation.

He said, “We hear what everyone is saying.” We hear it: ‘No way a cowboy can win, no way.’ Honestly, I think you gotta nurture it. You gotta love that stuff. When no one believes in you, it feels like the best thing; not when everyone believes in you and gets up Kool-Aid and smiles. Everyone’s, like, ‘They can’t lose. They’re so good. I don’t want that feeling,’ because then it’s like, ‘Fuck, what if I No Win?’ When you are directly below, you can only go up. I really like being the underdog.”

And with so much talk of 49ers stars in so many positions—Christian McCaffrey, Debo Samuel, George Kettle, Trent Williams, Nick Bosa, Eric Armistead, Javon Kinlaw, Dre Greenlaw, Fred Warner—it’s easy to fall into the trap of thinking that the San Francisco giants are a powerhouse. The Cowboys will drive straight down Lombard Street and scour the bay.

Yes, they are possibly the most talented team Dallas has ever lined up against.

“But I don’t think they’ve faced anyone like us this year either,” Parsons noted.

This is not self-hype and bragging. The thing is, he’s right.

Taking a look at the 49ers regular season schedule, there is an argument to be made that the last legitimately good team they played also gave them the last loss.

San Francisco fell to the Kansas City Chiefs on October 23, by a score of 44-23.

Aside from that game, the Niners have faced only four other teams all season that made it to the playoffs, and they’re not exactly a killer row: 10-7 Chargers, 9-8 Dolphins, 8-9 Buccaneers and 9-8 Seahawks twice. (They sent Seattle home last weekend after beating them for the third time in the wild card round.) None of these teams are still alive.

The difference, of course, is that four of those teams are still in the tournament.

Yes, the Cowboys blew up more games and looked bad sometimes. They were completely unprepared on opening night against Tampa Bay. They were pushed in Philadelphia in Week 6. Overtime losses to Green Bay and Jacksonville were unfortunate. And the season finale against Washington was an embarrassment.

But every single Cowboys loss this season has come against teams that made it to the postseason or were there on the catch in the final two weeks of the season.

Prior to Week 7, the 49ers also lost to the Falcons, Broncos, and Bears.

If you ask Parsons, there’s generally a lot of focus on who else The team is sharing the stage.

“I think it’s very difficult to stop ourselves. That’s what we have to focus on: not hitting ourselves.”

6 things to know about the challenge the 49ers Cowboys present

Cowboy News: How Do You Beat Brock, Bossa Arrow, Sunday Ref… The Rocks?

The Cowboys could use more from this Michael Gallup version