Indianapolis CW affiliate WISH has put an important update on the air that includes a new video wall and updated graphics.

The station, which dropped its CBS affiliation in 2015 and now features a news-packed news schedule, debuted an all-new lineup in 2018.

The basic design and structural elements of that set remain, but the station has made significant upgrades to various parts of the space, but particularly the anchor area.

Previously, this area was placed in one corner of the group to take advantage of the right angle formed by the intersecting walls and to create an asymmetrical appearance. 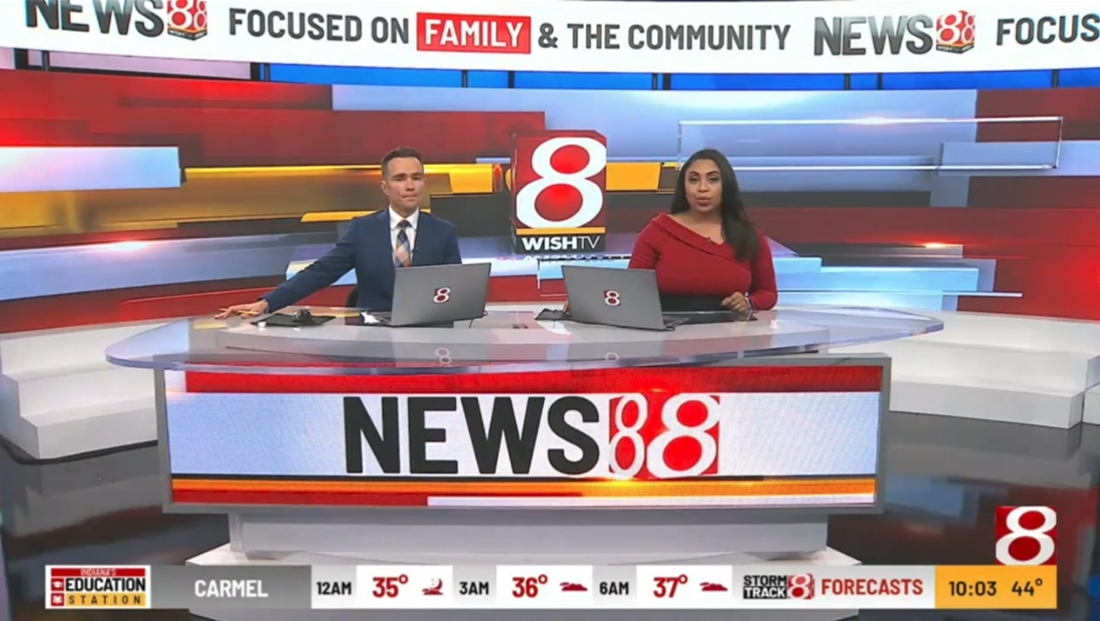 Now, however, that corner was completely covered by a large 30-foot curved video wall from Neoti that’s crowned with a separate LED strip.

LED strips, at knee wall and head height, were introduced in the 2018 range but the first has been removed.

Other updates include bringing the head of the LED strip above the weather center out from behind the freestanding frame element in favor of being placed inside the top of it. 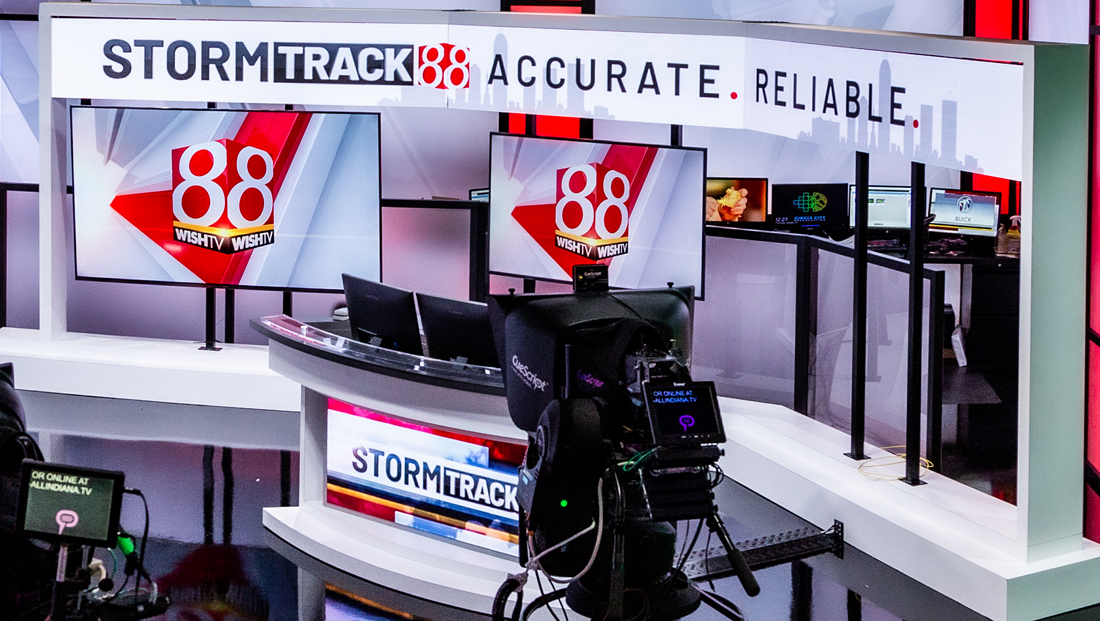 The Weather Center also received larger upgraded video boards, including one intended to replace the 2×2 deck.

Throughout the set, the textured walls were removed and the backlit monochrome duratrans became less prominent. The collection also highlights glossy panels with typographic decals with a new lighting design throughout.

Prior to the 2023 update, WISH removed the wall-mounted logo between the dual shots in favor of a vertically-mounted video board.

In addition to the tune updates, the station also introduced new animated openings, booms, and bumps built on the RenderOn package originally built for WJAX in Jacksonville, Florida.

The packaging has been recolored from its original red, white and blue color palette in favor of WISH shades of red, gold, black and white.

RenderOn made its name with a distinctive look that focuses on heavy use of glass and metallic effects and bold 3D elements, despite its evolution towards the flat design trend.

WISH’s new graphics are somewhere in between – they’re definitely 3D but the surfaces are more muted.

Notable use of the RenderOn look is seen at the top of the opening and in select napkins when the station’s logo is splashed across the screen in a series of extruded, disjointed effects.

The new graphics also draw heavily on the station’s practice of visualizing its “8” logo as a slowly spinning square resembling a microphone flag.

Most of the on-air graphics include the spinning logo and this concept is mixed with use with the 3D rectangular elements used to create many of the animated wallpapers.

The station retained its previous lower third entries along with the indicator, error, time and temp item largely, adding a red line at the top and a black line below.

Along with those graphic updates, WISH also introduced updated graphics in the suite, including the ability to create a spot look against the new curved video wall behind the anchors.

Thanks to its display, the terminal can now insert two rectangular graphics on the far right and left of the video wall. Usually different images are used, with one displaying a text title.

These usually appear in both overhead shots and two traditional wide shots as the anchors provide a story before the camera pans in so that the talent is framed by a rotating 3D logo between them.

WISH also takes advantage of its new video wall for a unique weather snapshot that includes the forecaster standing on one side of the installation desk for cross-talk.

The weather graphics are then enclosed in a rectangular frame, which is positioned as an over-the-shoulder element behind the forecaster.

While the overall result is that weather graphics are smaller compared to a full video wall or chroma key shot, it also adds an element of talent interaction.

Meanwhile, the LED strip used above the video wall is usually used to display the slogan “News 8: Focus on Family and Community”, in a strip style.

This, along with the station advertising itself as “Indiana’s Only Television News Network”, gives the station two trademark ingredients that are highly delicacies.

The “news network” claim is so specific that it’s not surprising that WISH is the “only” one out there – while it’s hard not to compare the “focused” slogan to that of a family-focused organization.

WISH is part of Circle City Broadcasting after the sale from Nexstar in 2019.

The latest in design, production and engineering

Subscribe to NewscastStudio to get the latest delivered straight to your inbox.