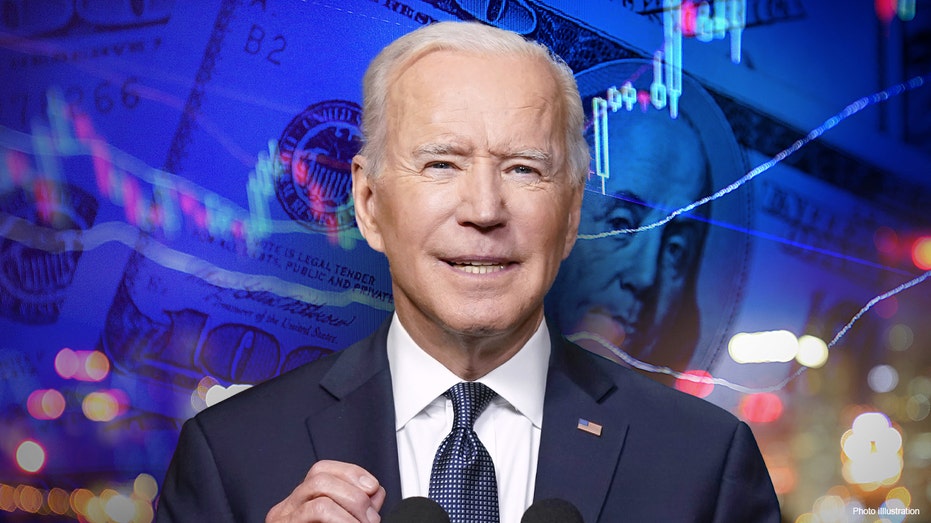 It’s always an intellectually lively moment when Joe Biden comes out and starts talking about the economy and his economic policies. Today he spoke at a Martin Luther King event hosted by that well-known centrist, Rev. Al Sharpton.

Of course, almost everyone cherishes Martin Luther King’s phrase “I have a dream that my four little children will one day live in a nation where they will not be judged by the color of their skin but by the content of their character.” It is just one of the greatest phrases in the English language.

But Joe Biden didn’t bother with this unifying theme in this speech. Instead, he called the Republicans “financially crazy.” How’s that for a unified theme to welcome the new GOP convention? not good.

Of course, Mr. Biden always brags that the deficit has fallen by $350 billion in 2021 and another trillion in 2022, but he neglects to point out that nearly every nickel came from ending several coronavirus-related emergency spending programs. Not all of them will end, because he’s still going over student loan cancellations, right and left, which will cost about $600 billion over the next 10 years according to several estimates, but he forgot to mention any of that.

Mark Zandi, chief economist at Moody’s Analytics, discusses whether the stock market will rebound again in 2023 or if Wall Street faces another down year in “Cavuto: Coast to Coast.”

He also forgot to mention that his spending agenda in the past two years has reached nearly $6 trillion. So much for financial dementia.

Now, unfortunately, some Republican senators helped Biden by actually voting on $3 trillion of that staggering spending. Including the last sweeping bill, but then Biden got through nearly $3 trillion in spending on his own, with no one’s help. The point is, Biden hasn’t done anything to cut back, limit spending, or restrict spending, not a single drop of fiscal constraint on his part. The era of Republican Senate compliance with Biden’s big government socialism ends with the new GOP House, we hope.

As usual, Mr. Biden is trying to take credit for creating new jobs — except the problem here is that he hasn’t actually created any new jobs. Jobs lost during the COVID pandemic are back. Now, that’s a good thing, but it’s well below the trend line, which could potentially add 5 to 7 million actual new jobs from the pre-COVID Trump primary trend.

Biden proudly flaunts a minimum corporate tax of 15%, which will hurt growth and is a false notion at first, because corporations use statutory tax breaks, or expense provisions that have been legislated into law by Congress.

Now, Biden is also mocking Republicans voting for the IRS to hold back another $80 billion for 87,000 IRS clients. Now, this is a bill that Biden says will help the wealthiest, but in fact, its filing by the Congressional Budget Office and the Joint Tax Committee strongly suggests that middle- and lower-income people will pay the bulk of the new IRS audits, starting with , by the way, with a $600 revision, which is definitely a middle-class affair. is not it?

Then he lashes out at Biden about the tiered economy as he always does and blames what he calls the $2 trillion tax cut on Trump for helping the wealthy. Well, in fact, study after study, left of center and right of center, has shown that the biggest winners from Trump’s tax cuts are middle- and lower-income people, minority groups, a lower poverty rate and the latest CBO numbers on taxes. Well, they showed that what was supposed to be a $1.5 trillion revenue loss from Trump’s tax cuts actually turned out to be an almost $1.5 trillion revenue increase – get this – nearly 40% in just 5 years.

Instead of going down, revenue went up. Laver curve work again. So, Joe Biden may have the same financial dementia.

Meanwhile, Kevin McCarthy made it very clear over the weekend that the GOP wants new spending caps and budget cuts in debt negotiations. Our friend Kevin Hassett has a great idea – McCarthy should offer Democrats a deal: $3 spending cuts for every $1 added to the debt ceiling. Three to one. Now that’s what I call financial intelligence.

This article is excerpted from Larry Kudlow’s editorial commentary in the January 16, 2023, edition of “Kudlow”.