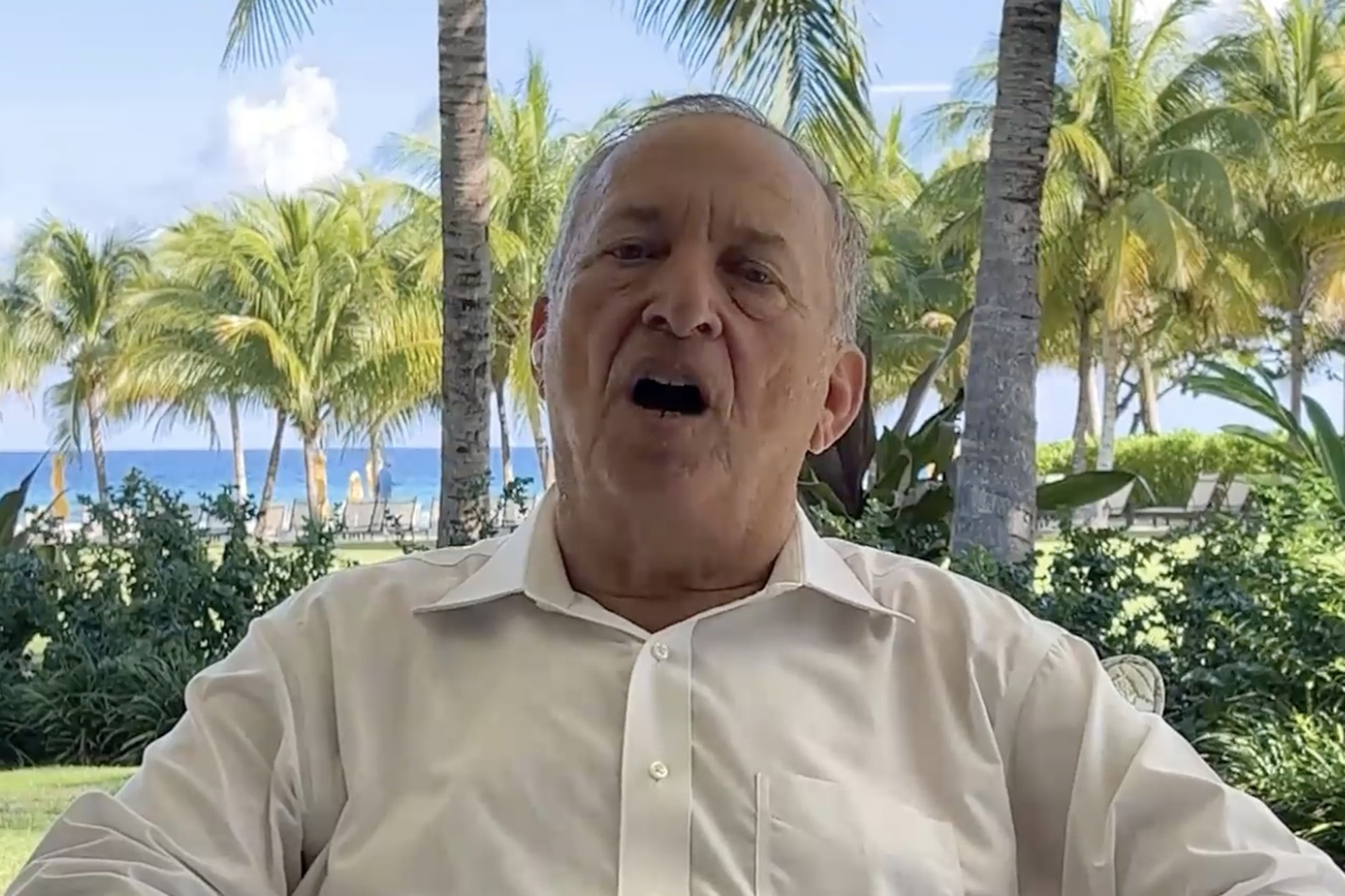 Larry Summers got upset on social media after he said high unemployment would be necessary to tame inflation in the US economy during a televised broadcast from what sounded like a tropical beach resort.

The former Treasury secretary, now a Harvard professor and paid contributor to Bloomberg News, appeared on the closing news program for Wall Street Week on Friday, appearing in a white T-shirt while reclining in a chair.

Summers told Bloomberg Television that the Federal Reserve, which has become more hawkish by sharply raising interest rates in an attempt to quell inflation while trying to avoid tipping the economy into recession, “for whatever reason [has] Come for views so close to views.”

Summers said the slowdown in wage growth was “encouraging,” though he cautioned it was too early to celebrate. Summers added that he supports the Fed’s strategy of aggressively raising interest rates.

“They think inflation is the main concern,” Summers said. “They explicitly recognize that an increase in unemployment will be needed to contain inflation.”

In the background, a light breeze was blowing through rows of palm trees that dotted the coast in a beachfront area.

One Twitter user noted: “If Larry Summers was lying in a tropical paradise telling peasants ‘there will be a need for higher unemployment to contain inflation’ that wouldn’t start the weekend off right, I don’t know what would.”

“We regret choosing the shot,” the spokesperson added.

Summers was asked on air Friday to discuss the federal government’s latest jobs report, which found that 223,000 jobs were added to payrolls across the country in December. The report also found that wage growth has moderated somewhat.

Wall Street reacted positively to the news. Both the Dow Jones Industrial Average and the Standard & Poor’s 500 rose more than 2%.

“Look, those were good numbers,” Summers, who has repeatedly stated his view that higher unemployment is necessary to bring down record levels of inflation, told Bloomberg TV host David Westen when asked about the report.

“But I think the judgment that a soft landing is a triumph of hope over experience is still the right best guess,” he said. “I’m not sure that sustained power indicates a softer landing, rather than a harder landing when the balance is rebalanced.”

“Aside from lying on the beach and calling for more people to be fired – the other thing about this clip is that Summers was patently wrong on his inflation argument,” Grimm wrote on Twitter.

“He said it would take years of high unemployment to tame it and it’s already down and unemployment is 3.5%.”

The consumer price index rose 7.1% in November – the slowest pace in a year that has seen inflation continually exceed levels not seen in nearly four decades. The federal government is due to release inflation data for December later this week.

Twitter commentator David Adler said: “Larry Summers is reclining on a tropical island and instructing the public that ‘there will be a need for an increase in unemployment to contain inflation’.”