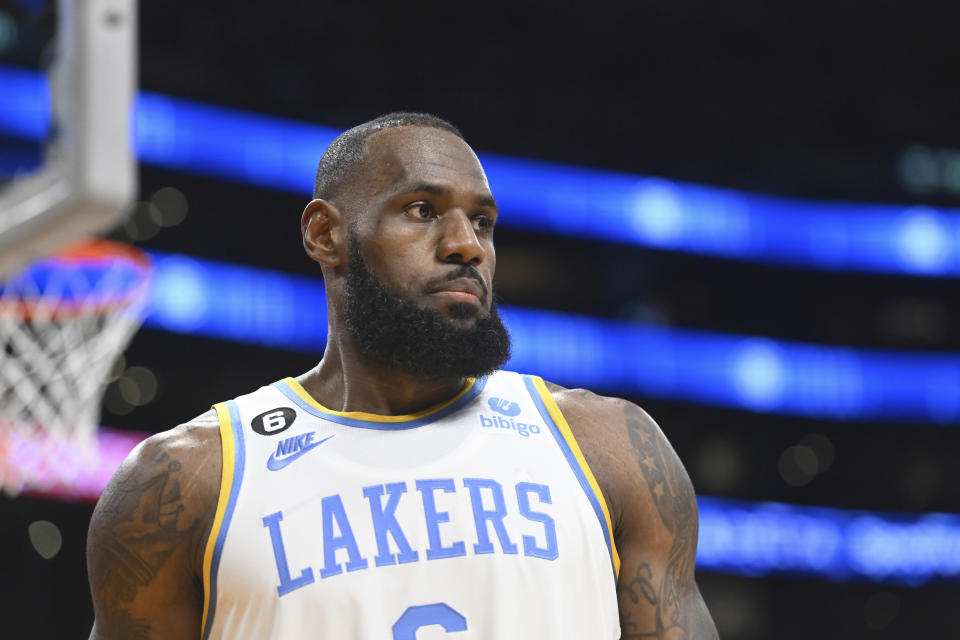 The loss takes its toll on LeBron James. This is no secret.

The Los Angeles Lakers great has lamented his loss over and over while speaking to the media in recent weeks. I did it again in Interview with Dave McMenamin from ESPN Posted Tuesday. This time, the topic was brought up in the context of James’ personal milestones.

As he nears the end of his career, only Kareem Abdul-Jabbar stands between James and an all-time league title, and James is well on his way to passing the Lakers icon this season. On his way, he passed other giants of the game, most notably Michael Jordan, Kobe Bryant and Karl Malone. In each of those games in which James moved up the scoring list, the Lakers lost.

Talk about those moments with McMenamin.

“I want to win,” said James. “It just doesn’t sit well with me. I don’t like overachievers, and they don’t feel right when it comes down to a losing effort.

“I trained and was born to win. This is how my basketball journey began.”

Last season, James had a chance to claim the title of the NBA’s all-season leading scorer. With Anthony Davis sidelined for most of the season, James scored, averaging 30.3 points per game, the second highest of his career. This figure put him in contention for his second scoring title.

Players must play 58 games in an 82-game season to qualify for the scoring title, which is based on points average, not point totals. But with the Lakers eliminated from the playoffs in the 33-49 season, James has sat out the last five Lakers games and eight of the last 10.

Joel Embiid won the scoring title, with 30.6 points per game, while James ultimately didn’t score in a 56-game season. He told McMenamin he didn’t want to chase the scoring title during meaningless games at the end of the lost season.

James continued, “We’re not going to make the playoffs no matter what. I’ve been on the floor trying to hit a record in games that don’t matter – it just felt really bad for me. I was like, I’m not going to be able to qualify because I’m not going to play any of these games.”

The Lakers rose from a 2-10 start this season to advance to the playoffs at 19-22. Going into Tuesday’s game, that puts them in a game behind the 19-20 Portland Trail Blazers, who will qualify for the last spot to play in the West as the No. 10 seed if the season ends today. There is still hope for the Lakers and James, who have said on multiple occasions that he is not interested in playing non-winning basketball.

Those comments came after losing the Miami Heat franchise that he led to two championships. He expressed his frustration in less emphatic but still transparent terms last week in an interview with The Athletic’s Sam Amick. The topic then was whether the Lakers should trade future draft assets to build a competitive team now, with the trade deadline approaching.

“You know what needs to happen,” James said at Amick at the end of the interview. “You don’t need to talk.”

James made an effort to return the comments in the tweet.

But the feelings are crystal clear. Still playing at an extraordinary level at 38 years old, James is reaping the statistical rewards of a career filled with success and winning. But for the second season in a row, he’s doing so with a losing team.

And if the Lakers themselves don’t play in a playoff game, some of James’ accomplishments — including passing cream — will come with a bitter aftertaste.

“Since we’re sitting here now as a franchise and a sub-.500 team, we’ve been playing good basketball lately,” James told McMenamin. “We want – and I want – to win at the highest level.

“Breaking records or passing the greats in a losing effort has never been in my DNA.”