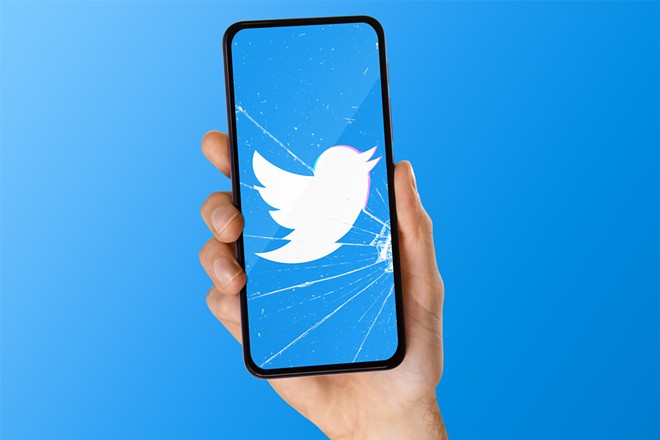 I mean Twitter Always It was bad, but it was bad in that french fries are bad or gambling on the horse track is bad – it was bad because it was addictive Good, but not healthy. Now it’s just bad bad. Like a bad season 9 TV show, where most of the original stars have moved on, the writers are desperately trying to resurrect old villains to drum up ratings, and the entire site is littered with shady product placement.

Of course, all websites seem to, over time, fade and fade. The strange thing is that almost all large companies these days do it at the same time. The internet is kind of sucking right now.

Facebook, that site that once ran the Internet like a behemoth, cut newspapers and kindled romance, is now almost unusable.

No You want You can post all your photos in photo albums. He. She Certainly He doesn’t want you to share links to interesting articles – good luck getting anyone to click anything outside of a wedding photo. It’s as if Mark Zuckerberg was so defensive about the idea that viral misinformation on his website got Trump elected that he finally flipped a switch to make Facebook opposite-Widely.

Google has lost its way. It’s harder than ever to find relevant results, especially if they’re more than three years old. It appears that entire pages, including some of my older articles, have been completely removed from the site.

Online cultural journalism has almost completely collapsed. The AV Club was bought out by a stock company and stripped of parts. Gawker is killed by a team of Hulk Hogan and Peter Thiel. Grantland was exiled. Deadspin is dead, though his reanimated corpse is still running around.

Newspaper websites turned to video and then, even harder, turned to bankruptcy. Slate long ago ditched the nonsensical schtick — and now mostly seems like it’s producing a growing number of silly niche advice columns that respond to obviously fake questions.

BuzzFeed has gone from cat meme distribution platform to investigative journalism powerhouse to mere relic of nostalgia. (“Do you remember BuzzFeed?” You can imagine Mo Rocco saying in the VH1 video “I love 2010.” The cultural relevance of Snapchat lasted for 15 seconds, then disappeared.

I understand that TikTok is still entertaining people at the very least, by falsely accusing innocent people of murder or by stoking teen vandalism.

There is an economic reason for the Internet’s collapse, much like the dot-com bubble burst in the 1990s: Much of the modern Internet was built on small but greedy dreams – venture capitalists, backed by low interest rates, poured an absurd amount of money into websites that weren’t making any profit. on the grounds that someone somehow thought, one day, that they might. But most sites never find that fabled stream of revenue, and with the Federal Reserve raising interest rates to combat inflation, the spigot of free investor money is running dry everywhere.

There are a few bright spots on the Internet. Some of the best Substacks tease back to the idyllic days when bloggers made provocative and thoughtful arguments. The problem is that every single one is behind a paywall.

The Internet has connected everyone to everyone — and the results are exciting and terrifying. Now the opposite is happening. It’s segmented, going back to individual websites, and catering to individual customers. In the long run, this is probably good for newspapers like ours.

But for now, we’ll have to keep scrolling, scrolling, and moving past “Can You Believe How Ugly This Former Teen Star Turned Out” beyond “13 Horrifyingly Terrifying Wedding Mistakes” and toward a less mainstream future. ♦